Sylvia is a 24 year old student at Kithoma High School, in Kasese District, Western Uganda, a school funded by the Costa Foundation in 2011 and opened in 2012. This is her story.

Sylvia comes from a large family of 10 children - four sisters and six brothers. When she was in her third year of secondary school, she became pregnant and dropped out of school. She had her baby and married her husband. Today, Sylvia has four daughters aged 10, 8, 5 and 3, but she has never given up on her dream to get an education.

In Uganda, 28% of women give birth by the time they are 18. Once they have children, young mothers find it challenging to return to school. Many people feel mothers do not need an education, and that their duties are to the children and husband. It is common for schools to prevent girls who have given birth from returning to school due to such deeply embedded cultural values.

After discussions with her family and making the necessary child-care arrangements, Sylvia decided to finish secondary school. She enrolled at Kithoma High School, one of the few schools that allowed her to come back to school and remain close to her family home.

Although her decision was not an easy one to make, she has been amazed by the level of support and acceptance she has received at the school. At first, she thought that leaving her family to go back to study would be negatively perceived by her classmates and teachers, but she soon realised that this school was different.

“When I came to Kithoma High School; my classmates did not chase me away or berate me for the many years I hadn’t been to school. Instead they are good to me and treat me the same as everyone else. They say I have helped them to recognise the importance of education - they see how much it means to me despite the fact that I cannot be with my daughters.”

Sylvia joined her school’s Girls Club to share her experience with other girls; she wants to support and be a role model for other young mothers returning to school. She advises her classmates to stay in school and not to rush into early marriages, as she believes that education is fundamental for women to improve their lives, and the lives of their children.

Sylvia wants to become a nurse when she graduates from Kithoma High School and to offer her daughters the opportunities that she never had.

They say I have helped them to recognise the importance of education – they see how much it means to me, despite the fact that I cannot be with my daughters. 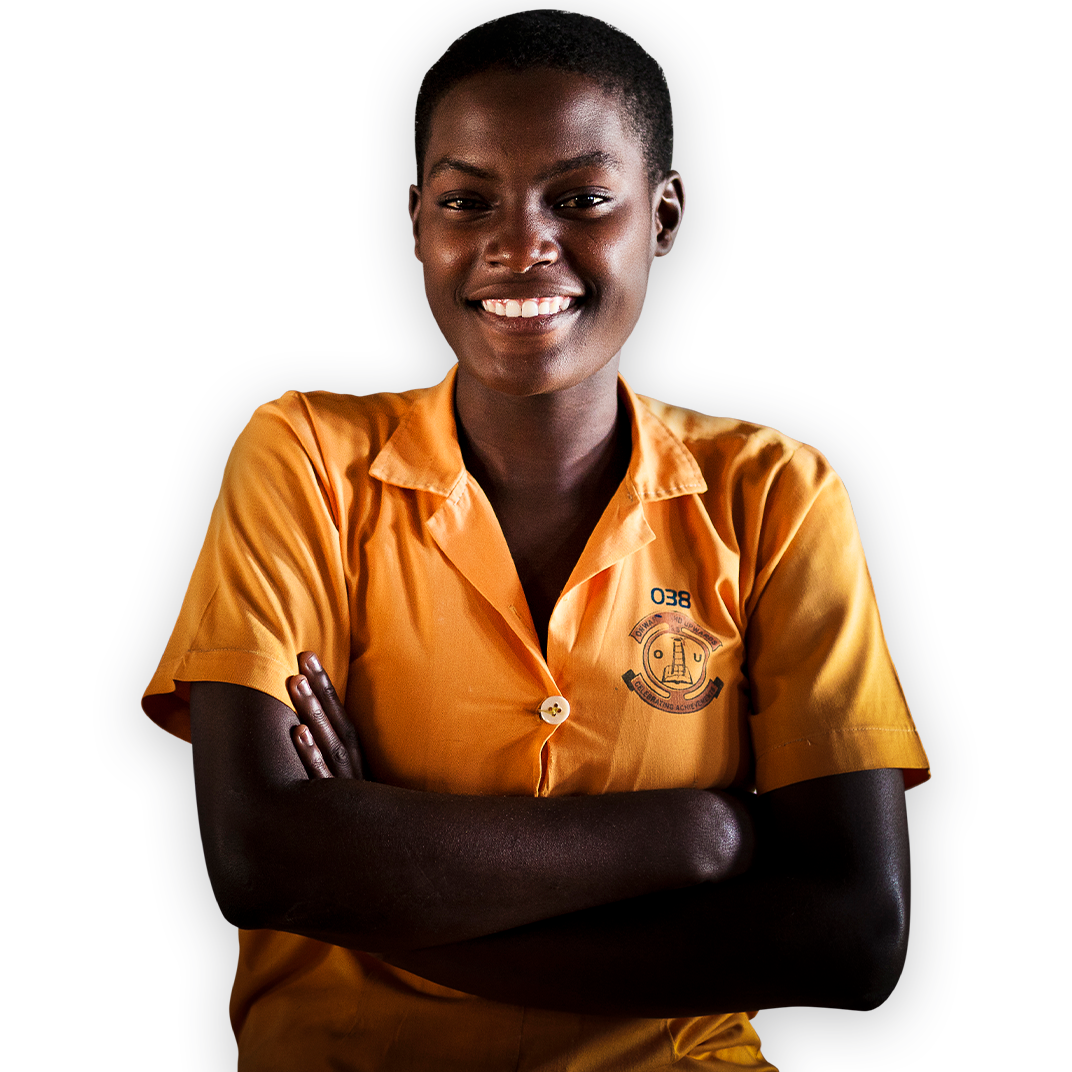